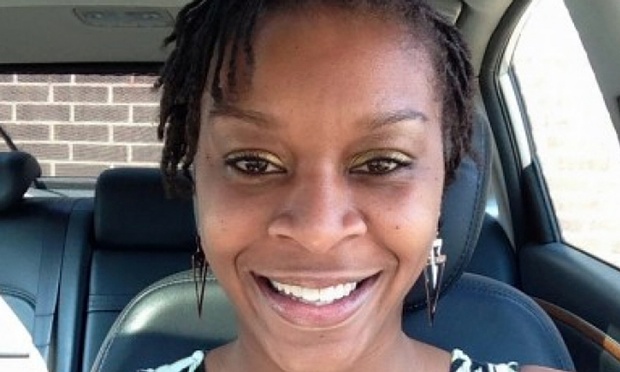 What happened to Sandra Bland?

I have received three apologies from white-skinned strangers in the last three weeks in public places. They each said, “I am sorry for what is happening to black people in this country.” Their comments refer to the recent murders of black men, women and children. Each time this occurred I sat there blinking very slowly and then I’d smiled. I was not smiling because of the apology. I was smiling because I thought for a moment that they might cry like I have been crying. I almost laughed in one instance in response to a deep tremor of anger inside me. Although an apology is an effort to acknowledge the suffering, using the presence of my blackness in a public space (this includes the internet) is far too convenient for a situation we used to call genocide and not police brutality. It is not a time for personal confession in which there is no punishment. It is not kind. It is not courteous. It is not Zen.

When someone you care about is murdered an apology is as pale as the whiteness worn by some who utter such a thing at such a time. If they felt the way I felt an apology would never come to mind. They would be enraged, rendered speechless and hurt to a degree in which healing feels impossible. They would suffer not for being “bad people” but for the loss of particular kinds of people-those living in dark bodies. For what we regret can only remain regrettable. What we see as pitiful remains pitiful.

Perhaps the apology is loaded with:

In essence, there is confusion between apology and compassion. Compassion is not as simple as saying I’m sorry. Compassion is a felt visceral nauseating feeling that occurs in the gut of one’s body. Compassion as an emotion that doesn’t feel so good. Are you with me? One would have to take the time to remove the shields that keep you from feeling safe and whole. You would feel vulnerable each time you walked out your door. You would attempt to live a full life every day knowing you will be shunned, looked upon as worthless or maybe murdered that day. Apology would be far from your mind in the midst of the annihilation of a group of people.

Here’s the reason we are confused about apology and compassion:

So, in our general society apology and compassion are simultaneously about pity and regret. What a pity to reduce compassion to such a thing as pity!

Compassion is born from intimately knowing suffering. Compassion is not something in which you say a few words or take an action and you’re done. Compassion is a lifetime awakening to the nature of suffering. As we mourn these horrendous murders, could this be the time to see into suffering in a way we having never seen before? Yes, for it is only now that the country sees it’s own terrorists. What is it going to take to uproot the neglected bones buried in slavery and the cold war of the confederacy? Certainly not an apology.